At its western border, the Historic Town of Wittenberg is protruded by the All Saints' Church's steeple with a hight of 88 meters. Since Martin Luther posted his 95 theses on October 31 in 1517, the church has become a significant venue of the Reformation. It belongs to the UNESCO World Heritage. At the pulpits feet, there are the burial sites of Martin Luther and his ally Philipp Melanchthon.

The Church through the Ages

The All Saints' Church was built in 1506. Great artists such as Lucas Cranach the Elder, Albrecht Dürer and Tilman Riemenschneider were involved in the construction of the church and the adjoining castle. After its completion, the church was conducted as an academic sanctuary for the university of Wittenberg for 300 years where students would obtain their doctorate or academic dignitaries would be laid to rest. Today, there are epitaphs gracing the walls of the church reminding of the interred dignitaries.
The All Saints' Church has been destroyed and rebuilt several times in the course of numerous wars and expeditions of conquest. As a consequence therof, a large part of the art treasures went missing. One of the few monuments of art that survived is the tomb of Frederick III, Elector of Saxony built in 1527 by the well known brass founder Peter Vischer.

On November the 10th of 1858, the 375th anniversary of Martin Luther, king Frederick William IV of Prussia donated a bronze door which is still adorning the northern exterior wall of the All Saints' Church today.
Between the years 1883 an 1892, the church was restored under the direction of Friedrich Adler. Not only its neo-Gothic appearance, but also the church tower with its delicate cover are evidence of the restoration. The church's centerpiece is the organ built in 1863 by Friedrich Ladegast with originally 39 registers that were expanded to 57 registers with around 3.500 pipes.

Lutherstadt Wittenberg from above

Not only is the church well worth seeing, a quick side-trip up the church tower is worth striving for. The view from the accessible 52 meters high observation platform is amazing: You can see the Historic Town core and the nearby Elbe river.
Due to the anniversary year, the church is currently being renovated. Hence, we would like to recommend informing yourself of the sightseeing opportunities beforehand. The All Saints' Church is within a few minutes walking distance from th Luther-Hotel.

With this request you will be forwarded to our booking portal. 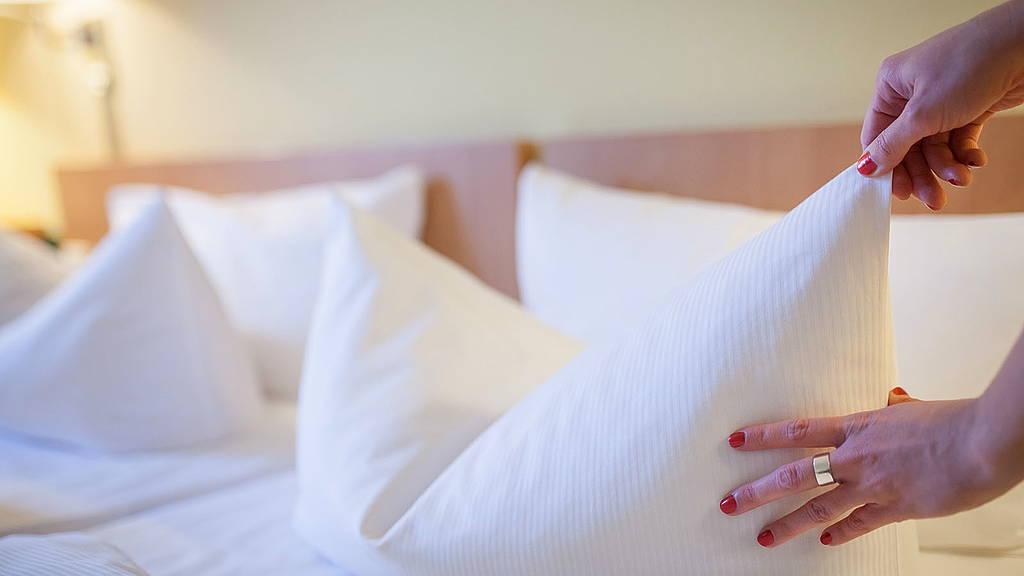